The organizers and speakers at EGA believe that information about psychoactive plants and chemicals should be readily available. Also that only through creating such a space, where we can talk freely on such matters, can methods for harm reduction and the true benefits of such substance be explored. Entheogenesis Australis is a collection of thinkers from all walks of life, we come together to share knowledge about sacred plants, chemical alchemy and states of consciousness. We are coming to tune in to the Mother Earth and take her fight back out into the world. We want to share and explore experiences, trance and dance. it is about growth, for the mind and the land.

This experimental workshop is an invitation to those individuals who are interested in the trance dance experience as providing an opportunity for mind/body/spirit/soul development. EGA 2006 will be a unique opportunity for people who are experienced in the dance floor and consciousness development approach to try something new, different, fun and well focused, that is totally aimed at extending the boundaries of each participants current experiential and knowledge paradigms.

Electrofringe is now calling for proposals for this year's festival from artists, media makers, curators, researchers, writers, producers, enthusiasts, etc. Part of the 'This Is Not Art' umbrella of Festivals in Newcastle, NSW, this year Electrofringe will occur from 28th September to 2nd October and will feature artists from all over Australia as well as visiting international artists. A heads up, hands-on, all-in festival of experimental, electronic, digital and new media arts and culture. It is dedicated to unearthing emergent forms, highlighting nascent trends and encouraging participants to explore technology and its creative possibilities. The directors for Electrofringe 2006 are Ben Byrne, Cat Jones and Sumugan Sivanesan. Areas for investigation may include (but are not limited to) hybrid performances, media based practices, web, networked & online collaborations, wireless, wearable and locative technologies, sensor based interactions, software art, custom electronics, experimental interfaces, alternative energies, sound, video, installation and more. Read more or visit http://electrofringe.net/ for more information.

The countdown is on again for the annual Earthcore Global Carnival! A three day summer extravaganza of music, dancing, performances, art, local designer and food markets and much more.

The countdown is on again for the annual Earthcore Global Carnival! A three day summer extravaganza of music, dancing, performances, art, local designer and food markets and much more. A place where love, new friendships and creative inspiration blossom! An alternative music and lifestyle celebration outdoors in the beautiful Australian bush landscape, the way mother nature intended!

The Earthcore legend began 13 years ago with some turntables in the back of a Mercedes and 200 people dancing under the trees. Since then Earthcore has cemented itself as the most progressive events company in Australia, appealing to audiences and artists of all walks of life. Now conducting over 100 different events per year, Earthcore‚Äôs pinnacle is its outdoor festival held in the last weekend of November every year in Victoria. It has evolved from a dance music festival into a three day multidimensional music, lifestyle and cultural festival with a massive Australian and international reputation. Earthcore has brought some of the globe's leading music figures to Australian audiences, including Shpongle, Perry Farrell, Future Sound of London, The Orb, Propellerheads, Lab4 and many more, as well as the best in local talents such as Cosmic Psychos, The Bird, Regurgitator, Tism, Wild Marmalade, Pitch Black and Salmonella Dub.

For the second time again this year, Earthcore will stage their outdoor summer festival in south east Queensland as well as northern Victoria. The Queensland event with include some, but not all of the acts playing at the Victorian event.

Headlining the Victorian Carnival will be the legendary Peter Hook of New Order fame with a DJ set. New Order were part of the burgeoning Manchester scene (See Factory Records, The Hacienda and the movie 24 Hour Party People) which emerged in the late '70s and early '80s, the birthplace of dance music and acid house in the UK along with bands like Joy Division and the Happy Mondays. With the resurgance of electro, '80s sounds and new wave over the last few years, this is the sound that so many bands of today are trying to emulate. Playing a mix of Madchester, indie and breaks, we can only hope Hook will throw in some New Order hits such as Blue Monday and Bizarre Love Triangle. Kiddies come taste a piece of history right here on your doorstep, and fans of New Order will not be disappointed.

The Earthcore Global Carnival Victoria will feature this all star line up across six massive stages, returning for the third year in a row the Circus Beserkus Band Tent, the heart and soul of Earthcore, the long-running Hydra Trance Arena, the Temple of the Aztecs Monster Mainfloor with wicked laser shows, Sunny's tech/electro and dirty beats Market Stage, the VIP Club 333 area with free food, drinks, comfy couches and the opportunity to mingle with the festival talent, plus all the usual madness inducing installations, lightshows, deranged performances, local designer and food markets, camping facilities, workshops and fresh air all on 500 acres of prime land.

Queensland gets lucky again, with the Earthcore Global Carnival returning to last year's tropical Peak Crossing site, just north of Brisbane. Featuring some of the talent from Victorian event, Earthcore Carnival Queesland will feature a non-stop, open-air, all-star lineup from dusk til dawn over three days, with onsite food and clothing markets, camping, workshops and other festival frolicking!

If you only go to one event this year, then make it the Earthcore Global Carnival ‚Äì because when the festival's over and your sneakers are a bit worse for wear, you know you're gonna spend the next two weeks scraping dirt out from underneath your fingernails and catching up on sleep lost, you will still have all the happy memories, sun tan and isnpired musical inspiration to take home with you!

Discount tickets to all events are limited, so get in quick!

GOLD PASS: For added value, purchase the limited edition Earthcore Gold Pass for $350 and receive VIP Tickets to the Global Carnival in November plus entry to all Earthcore event's for t12 months. This special offer is only available to the first 100 ticket buyers so get in quick!

Get the music before you go www.psytrax.com

For more info go to: www.earthcore.com.au 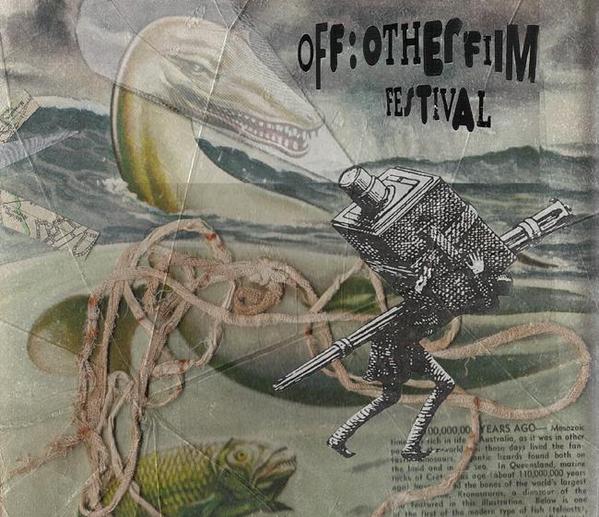 Other Film Festival in Brisbane

Tantalise your senses with a big night of hand-coloured film, art and
mayhem as Film Club hosts a special teaser program for OFF 06.

Relive the magic of the Wednesday Audience Film handpainted,
scratched, coloured by over 20 people at the OFF 2004 festival, with
live soundtrack by Brisbane noisemakers Impromptulons, performing a
highly rhythmic free-form improvisation based on the "everybody solos,
nobody solos" principle...with extra handmade short film by Gregory
Godhard.

Otherfilm sees 'cinema' differently, as something that's open to
re-imagining; crying out to be liberated from industrialised models,
and predetermined structures and experiences. This year's festival
features performances that expand traditional notions of 'cinema',
installations that elaborate on the idea of 'the screen' and workshops
that introduce participants to ideas of acoustic ecology, as well as
shooting, processing, editing and projecting super8 film. Of course,
we've also included fantastic screenings program featuring new film
work and retrospective selections.

In celebration of Australia's contribution to expanded cinema's
international history Otherfilm are delighted to welcome Arthur and
Corinne Cantrill, pioneering film artists and authors of the
long-running avant-garde film journal, Cantrills' Filmnotes. Arthur
and Corinne will perform a selection of expanded cinema pieces
involving voice and body movement, sculptural objects, specially
crafted screens and avant-garde film. The Cantrills' have also curated
a screening program of their own films, a retrospective tracing the
development of their unique approach to filmmaking, spanning five
decades.

6:00pm-7:30pm at the Project Gallery
The Cantrills' Salon. Peruse posters, flyers, and 'Cantrills
Filmnotes' in a visual display of celebration of two extraordinary,
intertwined careers.

Featuring a special meditation on the nature of cinema, written by
American filmmaker Hollis Frampton, delivered by Arthur Cantrill.

8pm-11pm at the Cube Galleria

6:30pm-Midnight at the Globe Theatre

THE AQUAVERSE - INSTALLATIONS AND INTERACTIONS

Stuttering Equivalence, or: Why I never liked the young-drunk
exquisite corpse: by Tara Cook plus random happenings, projections,
and interventions...

A screening of short films from Arthur and Corinne Cantrill's unique
and extensive oeuvre, selected by the filmmakers especially for
Brisbane audiences. The program will provide a tour through their
decades of filmmaking at the cutting edge of art; including landscape
works, articulated images, experimental documentary, colour separation
and much much more.

Join experimental film mavericks Sally Golding and Louise Curham in
discovering and exploring the technologies and processes of super 8
film, the experimental home-movie medium par-excellence. Participants
encouraged to bring their own working super 8 camera if possible
(though not absolutely necessary). rsvp: sally@otherfilm.org

6:30pm-Midnight at the Globe Theatre

Re-stagings of the Cantrill's most renowned expanded cinema films,
performed by the filmmakers, including THE BOILING ELECTRIC JUG FILM,
and films designed for projection on other specially-made screens.

Botborg perform a "brutal audio-visual barrage, erratic as it is
blinding and deafening. In effect something like a rainbow in a
blender screaming television static." A new 35mm film by Jim Knox,
'cortical landlord after compost'. The Rejuvenation Loops
(Auckland's Eve Gordon and Sam Hamilton) meditate under murky curtains
in droning cyclic scramblings seen through pinhole glimpses of
glimpsing pinhole flares, and finally, a blast for the eyes and ears -
dada-meinhof, Danni Zuvela and Tina Blakeney use projections and
prepared homemade instruments to gnaw at the edges of perception with
fed-back ruminations on the military industrial complex, nature's fury
visited on Bunjalung, and a minimalist exploration of petroleum
aesthetics.

Mimic Mass is performing 'Stationary' as part of the 2006 Next Wave Festival.

Please pass the word on to anyone who may be interested in 45 minutes of live voice, multi-channel video and electronic processing in a disused CBD basement.

Happening at the tail end of the festival, opening night on the 30th March. Tickets also available at the door but capacity is limited so bookings are recommended.

Hope to see you there,

Here's a rough review of TransAcoustic Festival held in Auckland in December 2005. It is actually comprised of a couple of emails sent to the aus_noise yahoogroups mail list and the audio foundation NZ mail list, so is casual / informal in manner & language. (but I like it this way!)

I've added joel stern's review which was also posted to aus_noise. he wrote a formal piece for RealTime magazine also which is available @ http://www.realtimearts.net/rt71/stern_transacoustic.html