late night after work from kath on Vimeo

David Byrne performed in Auckland at ASB Theatre - Aotea Centre last night, 14th Feb 2009, as part of his "Songs of David Byrne & Brian Eno" world tour. I loved the show. The musicians, backup singers and David Byrne all wore white. The lighting was a series of subtle background colours changing for effect in different songs. Byrne chatted with the audience who shouted comments to him & showed their appreciation with loud applause. There were three dancers who acted out the songs - at times Byrne was the fourth dancer. The show was very theatrical as the story of the music, lyrics and movements of the dancers weaved together. The audience was generally an older crowd - mid 30s - 70s from my estimation. The show was sold out. They played a range of songs, from Talking Heads, his earlier collaboration with Brian Eno, "My Life in the Bush of Ghosts", and the latest album "Everything that happens will happen today". Another favourite part of the show for me was watching the audience enjoy it so much! I watched one man in his 60s dancing in his seat, shoulders moving, fingers pointing in all directions to the percussive beats. Others were dancing in the aisles and along the edges of the rows of seats.

"Phil Price's kinetic work is one of the most popular on the Viaduct walkway. It comprises 16 pod-like discs that move both individually and collectively in the wind. No two views of the work are the same, and herein lies much of Cytoplasm's attraction."

Starkwhite is pleased to present BODYTOK a sonicsfromscratch video and sound project
by Phil Dadson, with interactivity design by James Charlton.
(a 3 screen trial towards a larger public gallery installation)
Upstairs backroom, 510 Karangahape Rd, Auckland, from 10 to 26 September 2008.

Over the past three years, Dadson has been compiling the 'human instrument archive'. He says: "The first instrument is the human body and the human instrument is the most unpredictable and unique of all. From childhood worldwide humans explore the sonic potential of their bodies, often discovering a unique and/or individual sound. I had some expectations of this variety, but when I started asking people to show me their unique sounds, I was astounded by the invention."

Like a blast of cinematic conceptual art, film artist Guy Sherwin's hand-crafted films explore the elements of film's grain, tone, flicker, sound, light and space. Beautiful, enigmatic, and sensual, these experimental films question our perception of 'light moving in time.' Together with partner Lynn Loo, Guy creates cinematic environments of incredible purity and beauty. OtherFilm regulars will be familiar with the awesomeness of the London Filmmakers' Co-op, where Guy's filming began.

PART 1
In this newsletter

The Dust Palace is home to Sam Hamilton and Eve Gordon, experimental film and music artists who've performed and been based in Brisbane and Auckland. The site highlights their past and future projects and festival works.

Cross St Studios is an artist-run space, organized by young artists. It acts as a hub for networking as to nurture an emerging artist community. Cross St Studios will function as a platform for encouraging professional practices. It is an incubator for ideas that can be easily generated, executed and exhibited. Our emphasis is on creating the freedom to experiment with unconventional ideas and presenting them to a public audience.

This Thursday the 28th of February Chris Abraham, Tony Buck, and Lloyd Swanton from Australian group, The Necks will host a workshop presented by vitamin s in association with alt music and the audio foundation.

The workshop will begin at 7 p.m. at the silo theatre, - (lower Greys Ave - Auckland city(and yes, the Bar will be open)) - and following the workshop Chris, Tony, and Lloyd will perform a number of solos.

This is a great opportunity to get an insight into the process of improvisation and performance both as a collective and as individuals.

I was checking out the NZ Audio Foundation website again today and came across a link from an email on the AF-l about funding from Damian from Frey. it's an interesting argument. I think Australia is similar to New Zealand in this way, but also at a glance I think New Zealanders have the creative support advantage over the Australians, or so it seemed to me at least, as they have MANY! support organisations helping the artists. will have to do some more research to see if my assumptions are founded.

For those of you in Auckland over this weekend

As part of the Cross St Carnival
http://www.crossstreetcarnival.com/

We are selling on behalf and all profits will of course go back to the artists.

In stock we have:

today's drive from Auckland to Shelley Beach, South Head, and my favourite, Bethells Beach, then back through the Waitakere ranges. 13/05/2007, Auckland, New Zealand I can't stop buying books. I really need to but just haven't been able to manage it. I forgot to bring my library card to Auckland and Parsons Books was having a sale so I couldn't resist. last time I bought a book there it cost $150 - this time I bought 4 books for less than $150 so, at least I'm getting better value for money now. I'll probably be hit with excess baggage costs though...

Nam June Paik: Global Groove 2004
- this is a great collection of Nam June Paik's works and writings and includes some letters to John Cage. 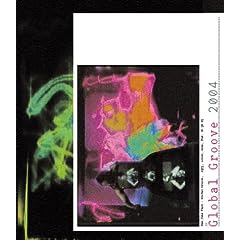 did I mention that Brisbane's new GOMA - Gallery of Modern Art, has one of his video pieces "TV Cello" on display. - I haven't started this one properly yet, but it looks like it'll be an interesting essay. it's based on a collection of editorial entries from "Documents sur l'Art" magazine that were first published in 1992. 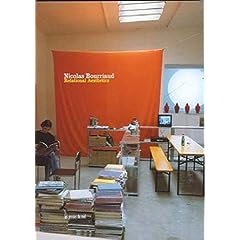 "How to look at a painting" by Justin Paton

- Justin Paton is speaking at the upcoming Auckland Writers and Readers Festival, and he's a NZ author so I thought I'd give it a try. I haven't started it yet though.

Dark Fiber: Tracking Critical Internet Culture (Electronic Culture: History, Theory, and Practice) by Geert Lovink
- I've read many of Geert Lovink's writings on various maillists and website publications such as Sarai Reader so I thought I'd take a read of his book on Internet Culture. 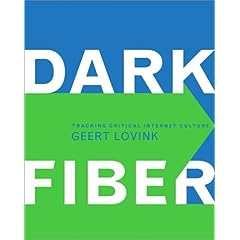 The Bone People by Keri Hume
- this wasn't from Parsons but I bought it last time I left Auckland and read most on the plane back to Sydney then finished it whilst I was there. amazing characters - they haunt you for a while afterwards. I still think of them now and then. a really simple story, about the lives of a couple of families in NZ. Keri Hume won the Booker Prize for this book in the early 90s and since I tend to enjoy reading Booker Prize winning books I thought I'd try an earlier one as I've mostly only read more recent winning titles. well worth the read!

amazon.com book page (though my copy has a different cover image so is probably a different edition)

this one's a magazine, but it was priced like a book and has been capturing my attention as much as a book, so..

Archis VOLUME magazine - Issue 2006 # 4
- it's an architecture magazine but includes articles about projects & urban issues from around the world as well as upcoming conferences and calls for works / request for comments about certain global issues.